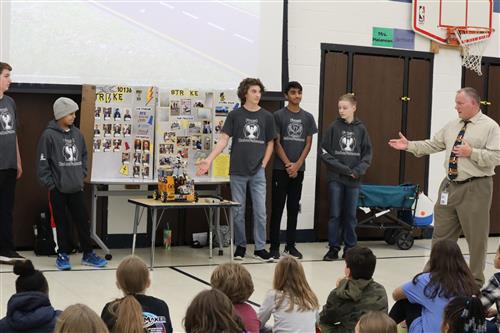 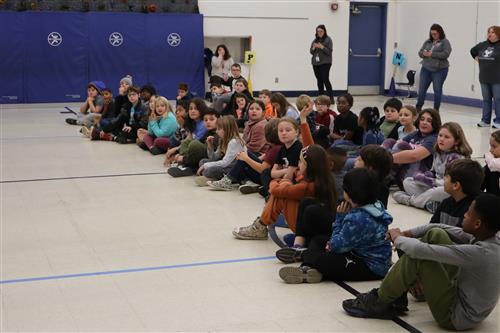 This week, the Frost RoboFalcons took a trip to Cleveland Elementary School alongside Wall-E, their robot from last year’s season, to show off the exciting world of robotics to their younger peers.

Using both video footage of past events and live demonstrations, they wowed Cleveland students with the creativity and problem-solving skills that came together to create their State Championship-winning and World Championship-qualifying robot. The RoboFalcons answered all of the students’ creative questions, including thoughts such as, “what happens if a robot malfunctions during a competition?” or interest in why they chose certain parts on the robot instead of other options they had available. 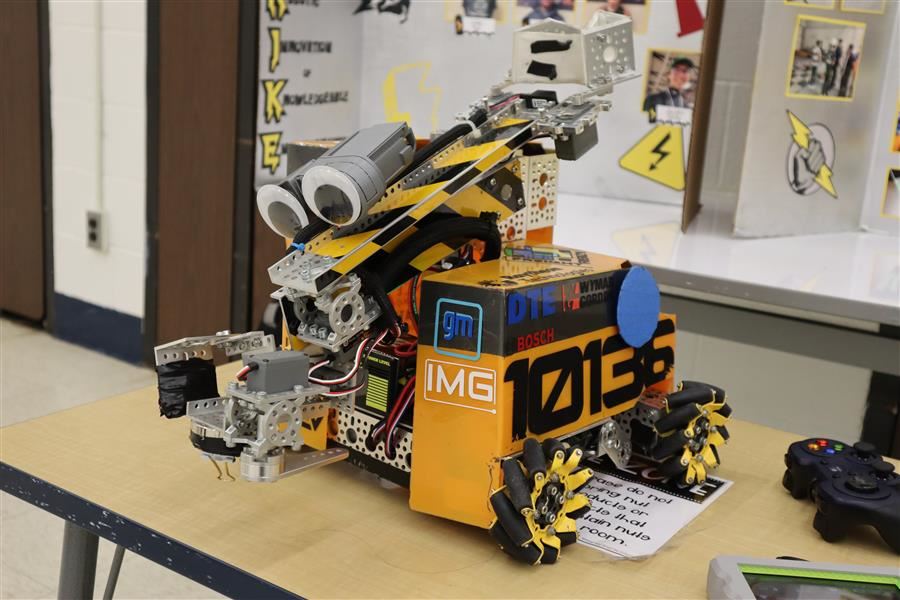 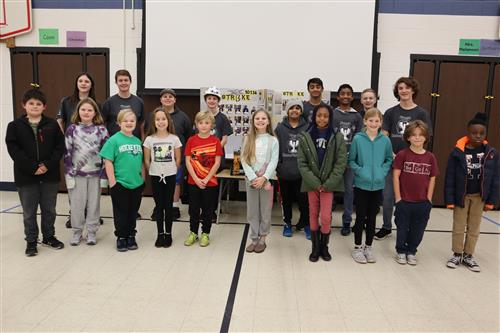 Most importantly for their presentation, the RoboFalcons brought along one message to prospective future robotics students: Be prepared to make mistakes, and turn that failure into a pathway to success. They had plenty of examples and stories of how mistakes in building processes or competitions led to a change in strategy that brought them to success, going as far as the World Championships. They did a fantastic job showing off their hard work and love for their team, and spreading the excitement to Cleveland students.

With the startup of the Cleveland Robotics Club, staff and students alike are excited to jump into the world of robots. The club received an outstanding amount of interest from students, and hopes to expand within time to include everyone interested in participating. After the excitement of the RoboFalcon visit, Cleveland hopes to keep their students engaged in robotics through their school experience. In the meantime, the RoboFalcons continue to attend competitions, along with the other LPS robotics teams at both the middle and high school levels. Be sure to check out social media accounts for updates on their events and work!